Corrosion in steel pipes used traditionally for water-based suppression systems comes in many forms: Pitting corrosion causes perforation and rust-through. Surface corrosion leads to rough surfaces, encrustations and deposits that increase pipe friction and reduce the clear cross-section of the pipes. Corrosion deposits may come loose and cause clogging. 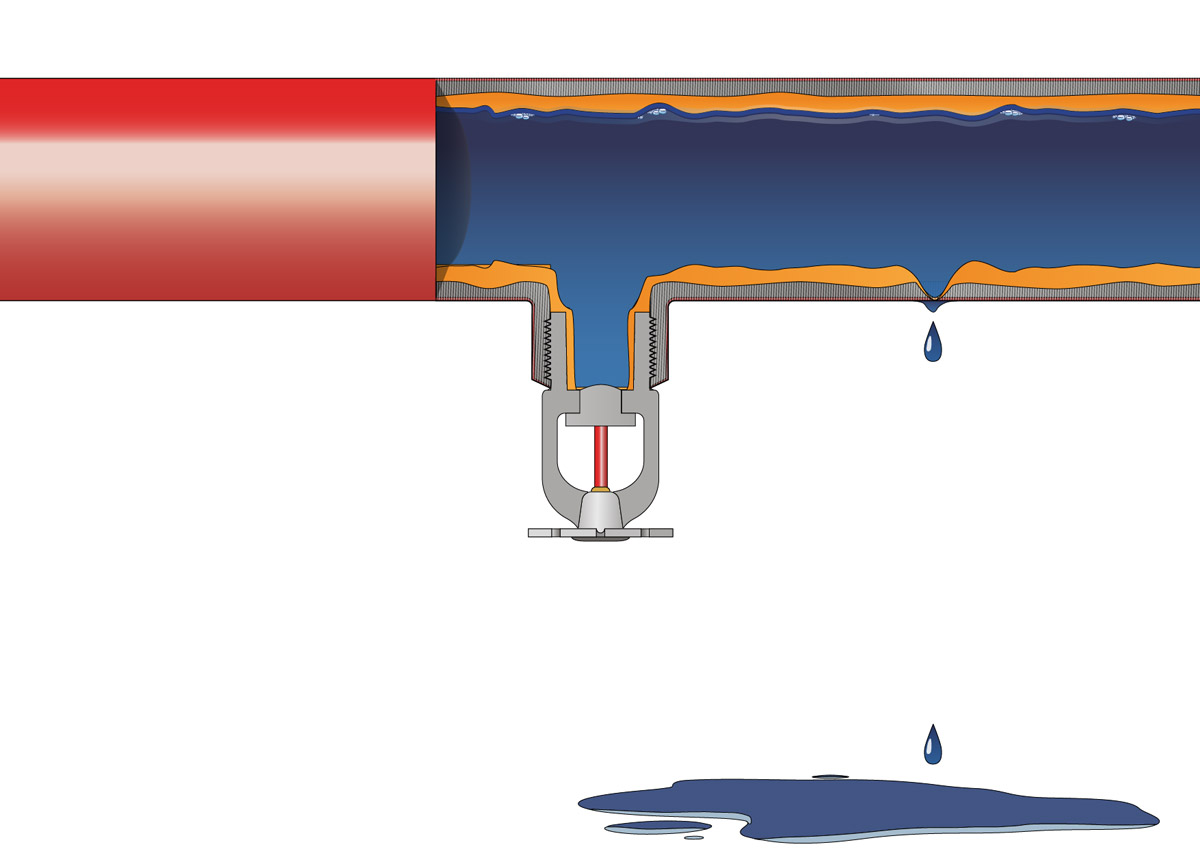 Rough and constricted pipes, as well as clogged sprinklers or nozzles adversely affect the system`s extinguishing capacity in the event of a fire, thus eventually putting people and assets at risk and jeopardizing the continued operation of the business. 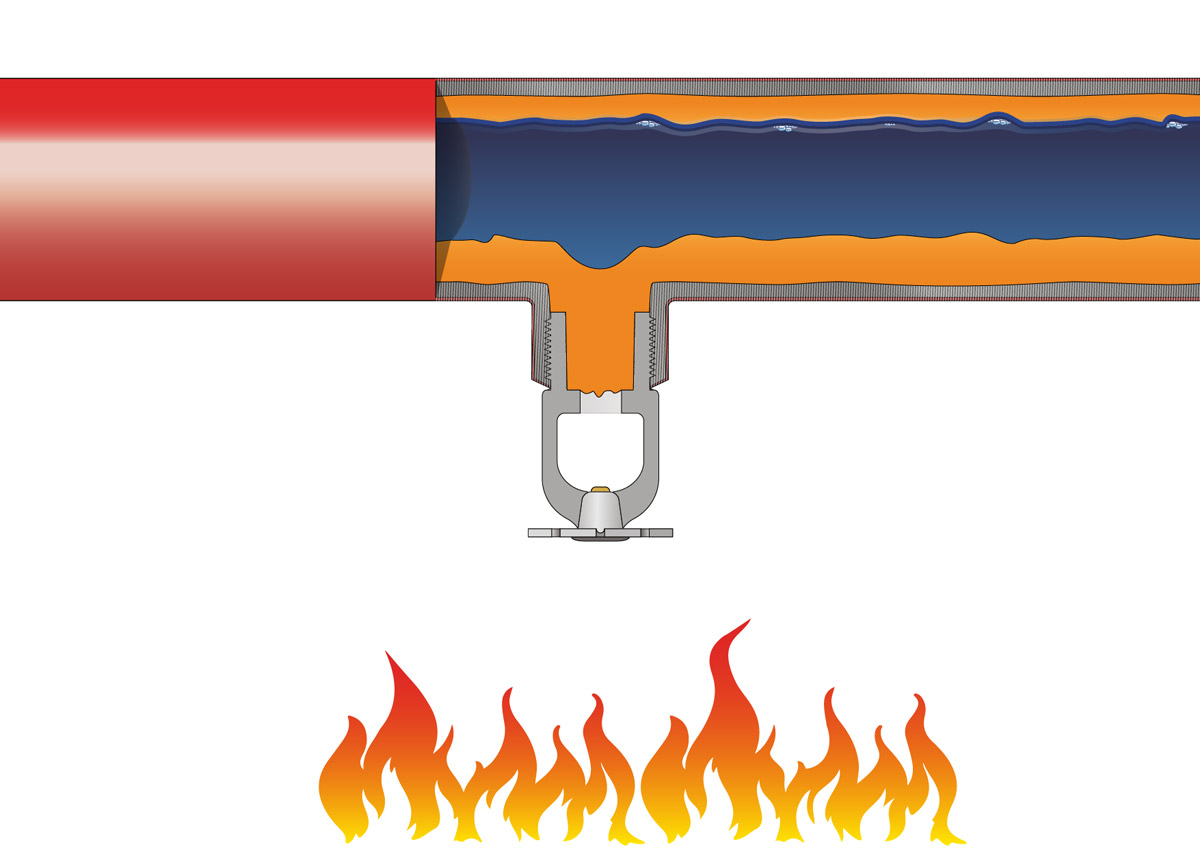 But even if the suppression system is just in its standby condition, corrosion may cause problems: Leakages may occur not only as a result of rust-through, but also due to roughened surfaces in contact with gaskets of pipe couplings. This means costly water damage and business interruptions.

Traditionally, water-based suppression systems are installed using steel pipes with a powder coating on the outside. On the inside, however, these pipes are untreated and therefore not protected against corrosion.
For many years, galvanized pipes were considered as an alternative, especially for dry pipe systems. However, even the small quantities of water contained in dry pipe systems – in conjunction with salts, oxygen and carbon dioxide – can lead to a disintegration of the zinc coating.

One in three wet pipe systems shows medium to severe corrosion issues within 25 years, which often requires replacement of the affected pipes. In two out of three dry pipe systems, replacement is required after only 12½ years. (Source: VdS Schadenverhütung – independent German approval body for fire protection).
This means that corrosion impairs not only the functional safety of the suppression system, but also leads to substantial repair costs for system owners and operators in the long term.

Corrosion could largely be avoided by using stainless steel pipes in water-based suppression systems, but for cost reasons they are rarely used for this purpose.